Anemia During Pregnancy – Causes and Treatment 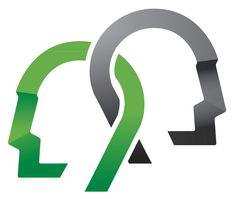 Anemia during pregnancy is a problem that can be avoided along with its risks to the pregnant woman and the fetus. The causes and types of this anemia include:

What are the effects of iron deficiency on the fetus?

These symptoms include fatigue, pallor, shortness of breath, headache, weak immunity against the bacteria, inability to concentrate, craving (which is the desire to eat unusual things such as paper, clay, snow or coal).

See also  Clear Up Your Pimples With These Simple Steps

Absorption of iron from foods:

The required daily intake of iron:

The female needs 15 mg per day, and the male needs about ten mg per day from his childhood to old age, unless there was a disease leading to iron deficiency, such as loss of blood from the digestive system due to ulcers. The female may need more iron if she is having a heavy menstrual period. However, they do not need more than ten mg per day of iron after menopause. The pregnant woman needs to have 30 mg per day (for her and the baby).

Folic acid is one of the important supplements that must be taken before pregnancy for its benefits for the blood, and its role in reducing birth defects. The estimated daily dose of folic acid is 400 micrograms, and the pregnant woman should continue to take it throughout her pregnancy.

The genetic type of anemia, such as sickle cell anemia or thalassemia is different from folic acid or iron deficiency. Pregnant woman who is suffering from genetic anemia needs a different and critical clinical care.