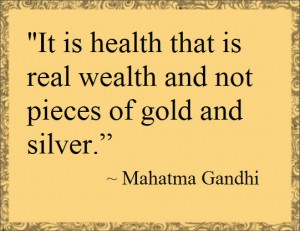 One of the factors in determining when you might have the symptoms of Vitamin B12 deficiency may generally start with a feeling of tiredness and a lower energy level. At times it can go unnoticeable because the deficiency is mild and there are no obvious symptoms. During this type of situation the deficiency can best be detected during a blood test at the doctor office. Irritability, memory loss, headaches and low concentration can be some of the symptoms that show up early on during the onset of a B12 deficiency.

In extreme cases vitamin B12 deficiency can lead to what is known as B12 deficiency anemia. This is due to the fact that this nutrient is essential in the creation of red blood cells, which work to carry oxygen throughout the body. The extent of the effects this can have on an individual are determined by how long to what extreme B12 has been missing in the diet. An early stage of the deficiency may only lead to excess tiredness and more sleeping, while long term cases can be debilitating to the point of being unable to get out of bed.

Another symptom that can occur from lack of B12 can come in the form of neurological symptoms that exhibits itself during a higher level of deficiency. Some linked neurological symptoms can be sharp stabbing pain in the palm of either or both hands, eye twitching, or mild electrical shocks that may occur along the side of the body. A few other symptoms can be a shortness of breath in the chest without the chest pain, tingling on the tongue, and or tingling along the back side of the thighs.

See also  Health Benefits of Mulberry - How Can This Fruit Help to Improve Your Health?

Another reason for deficiency will occur when there is a problem with your digestive system not being able to absorb the B12 vitamin. If the body destroys the stomach cells that are used to help the body to absorb the vitamin, then something called pernicious anemia may be happening. When in this stage pernicious anemia makes antibodies that destroy the cells in the stomach that causes a lack of substance that is needed for the body to soak up the B12 from food.

If you start to feel various symptoms along these lines, then it is essential that you speak with a physician, but before you do anything you need to improve your diet. It might be that an unhealthy lifestyle is causing this problem and that is up to you to fix.