Helicobacter Pylori Is A Major Cause of Iron Deficiency Anemia 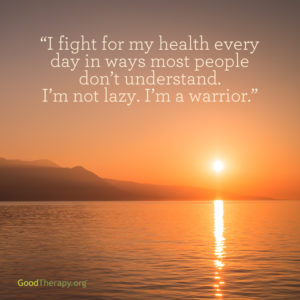 If you are feeling tired, weak or just generally not yourself, you may well be deficient in key nutrients such as iron. Iron deficiency can have several causes, one of which is H pylori infection.

Fatigue and weakness are not symptoms that would generally be associated with H pylori, but there is a body of research indicating a strong association between H pylori infection and the development of iron-deficiency anemia.

H pylori bacteria can create an autoimmune response against the parietal cells of the stomach. These cells are responsible for the production of the hydrochloric acid that helps you to break down food.

Damage to these parietal cells can cause a drop in your stomach acid levels. When this happens, food may not be broken-down properly. In particular, you may have a hard time breaking down proteins and releasing minerals such as iron from the food. As a consequence, the iron may not be absorbed effectively from the gut into your body.

This inability to digest food and absorb nutrients may occur independently of the classic H pylori symptoms such as heartburn or acid reflux. In other words, you may feel tired and weak because of the infection without having any digestive symptoms, making it hard to associate your symptoms with a problem in the digestive system.

Common symptoms of iron deficiency anemia are as follows:

How do we know H pylori can cause iron deficiency anemia? Is there any research to support the notion?

See also  Strategies That Can Help You Relieve Allergies Fast

I have found numerous studies demonstrating that H pylori is very closely associated with iron deficiency anemia. These studies have been published in peer reviewed journals such as “Gut”, “World Journal of Gastroenterology” and also in the European Helicobacter Study Group’s journal, “Helicobacter”.

Of particular concern is the role of H pylori in childhood. Growth retardation is strongly associated with iron deficiency and H pylori infection. If H pylori prevents children from digesting food and absorbing nutrients, it is not surprising that this association exists. I recommend that the parents of any child experiencing growth retardation should have their child tested not only H pylori, but also for celiac disease and other digestive infections such as bacteria, parasites and fungal overgrowth.

It is clear that H pylori is responsible for much more than heartburn, acid reflux and digestive pain. The fact that it can slow down stomach acid production by damaging parietal cells in the stomach can result in poor breakdown of food and subsequent compromise in a patient’s ability to absorb nutrients.

Iron, vitamin B12, folic acid and other nutrient deficiencies have all been associated with low stomach acid and the presence of H pylori. Therefore, if you have been diagnosed with these deficiencies, or if you are experiencing any of the symptoms mentioned in this article without reasonable explanation, it would be wise to seek breath or stool testing for Helicobacter pylori.

Optimising your diet, removing H pylori, optimising gut healing and stomach acid/digestive enzyme levels are the key steps in making a full recovery. Caution should be taken with iron supplementation because many of the iron supplements used by doctors cause further distress to the gut. Some supplement manufacturers have developed iron supplements that do not cause these side effects.

See also  Health Benefits of Mulberry - How Can This Fruit Help to Improve Your Health?