The Burden of Weightlessness 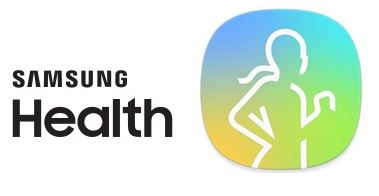 Space scientists and engineers foresee manned flights to Mars taking many months each way – and voyages to the outer planets taking many years. So people may one day spend large parts of their lives on space stations – children may even be born and raised on them. But, before these dreams can become reality, scientists must first solve the physiological problems caused by prolonged weightlessness.

Before the age of space flight, science fiction writers and visionary scientists thought weightlessness would be an exhilarating experience, humanity’s release from the bonds of gravity. Astronauts have found that this is true – but only for a short while. They have also found associated discomforts and dangers that threaten to limit the prospects for long-distance space travel.

One of the immediate effects of weightlessness is a sudden rush of blood to the head. The body’s main arteries are equipped with organs, called baroreceptors that ensure that the heart pumps the right amount of blood to the head. In conditions of weightlessness, the baroreceptors think there is not enough blood in the upper body, and allow extra blood to move upwards from the legs. This makes the face puff out and causes nasal stuffiness.

Furthermore, the brain thinks the extra blood in the head means there is too much fluid in the body. It therefore releases hormones that tell the kidneys to discharge more urine, causing dehydration, and to lower the number of red cells in the blood, resulting in anemia.

A Feeling in the Bones

At the same time, muscles, freed from the need to combat gravity, become very weak. On long flights, the most important muscle of all, the heart, can shrink by as much as 10 per cent. Bones, too, react to a release from gravity. On Earth, bones regulate their uptake of calcium from the blood according to the stresses of bearing weight.

In the absence of these habitual stresses, the bones lose calcium, most of which is discharged in the urine. Unless countermeasures are taken, the bones could become dangerously brittle and painful kidney stones could form from the discharged calcium.

Russian cosmonauts, some of whom have remained in orbit for more than a year, perform exercises that simulate the normal effects of gravity on the body. But exercises take up a lot of their time – they devote several hours a day to them – and do not solve all the problems of weightlessness. So the Russians have also experimented with a device that stimulates the muscles with electrical pulses and a special garment, known as a ‘penguin suit’, which demands constant muscular exertion from the wearer, even to stand upright.